Veramendi offers workshops that utilize Theatre of the Oppressed (T.O.) to tackle the most difficult issues facing our communities. Offerings can range from two hour workshops, to multi-day explorations and projects.

In the beginning the theater was the dithyrambic song: free people singing in the open air. The carnival. The feast. Later, the ruling classes took possession of the theater and built their dividing walls. First, they divided the people, separating actors from spectators: people who act and people who watch – the party is over! Secondly, among the actors, they separated the protagonists from the mass.

- Augusto Boal, founder of Theatre of the Oppressed 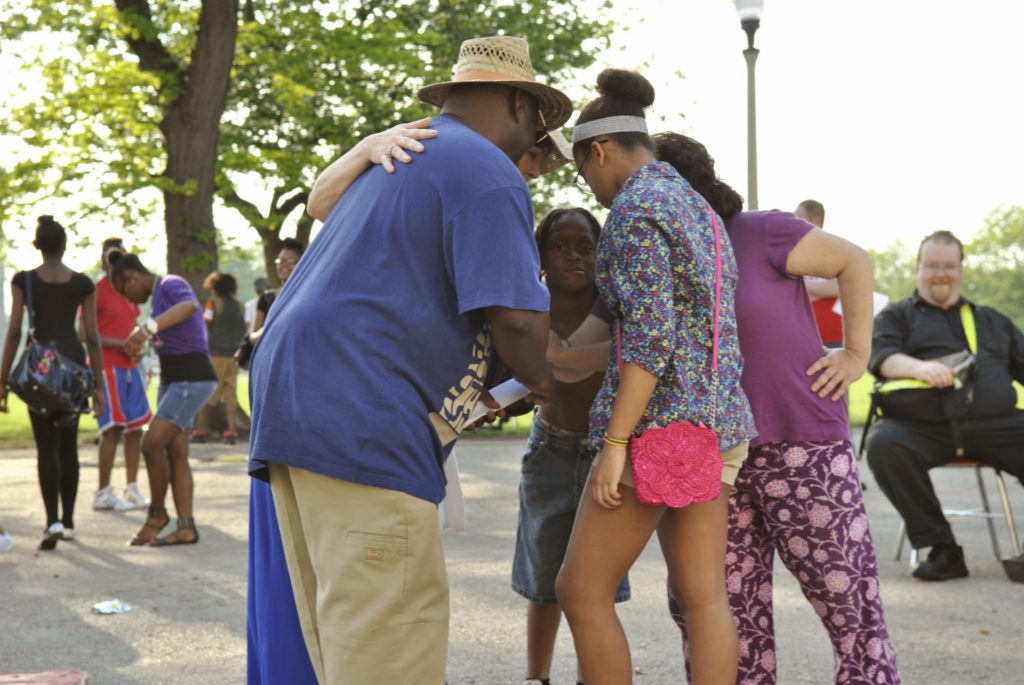 What is Theatre of the Oppressed?

Augusto Boal – Brazilian theatrical director, theorist, writer, and teacher – created the practice of Theatre of the Oppressed as a democratic, activist, community-oriented social theatre practice over four decades ago. Utilizing theatre games and exercises, T.O. is a practice intended to blur the boundary between spectator and actor, inviting all to be participants in the creation and evolution of culture. T.O. is for anyone - actor or non-actor - to utilize creative and physical modes of expression, in order to cultivate deeper understanding within the community. With playfulness and compassion, groups of people can rehearse the solutions they imagine, and brainstorm new goals as a community.

Is Theatre of the Oppressed a popular practice?

How can I bring this practice to my community?

Contact Teresa Veramendi at TVeramendi@gmail.com for more information on her availability and honorarium. A sliding scale is utilized.

We cannot live in isolation, under arrest inside ourselves. We can learn enormously when we recognize ourselves in alterity: the Other also loves and hates, fears and has courage – just like me, like you, even though she/he, you and I have cultural differences. Precisely because of that, we can learn from each other: we are different, being the same.

Testimonials from Theatre of the Oppressed Workshop Participants